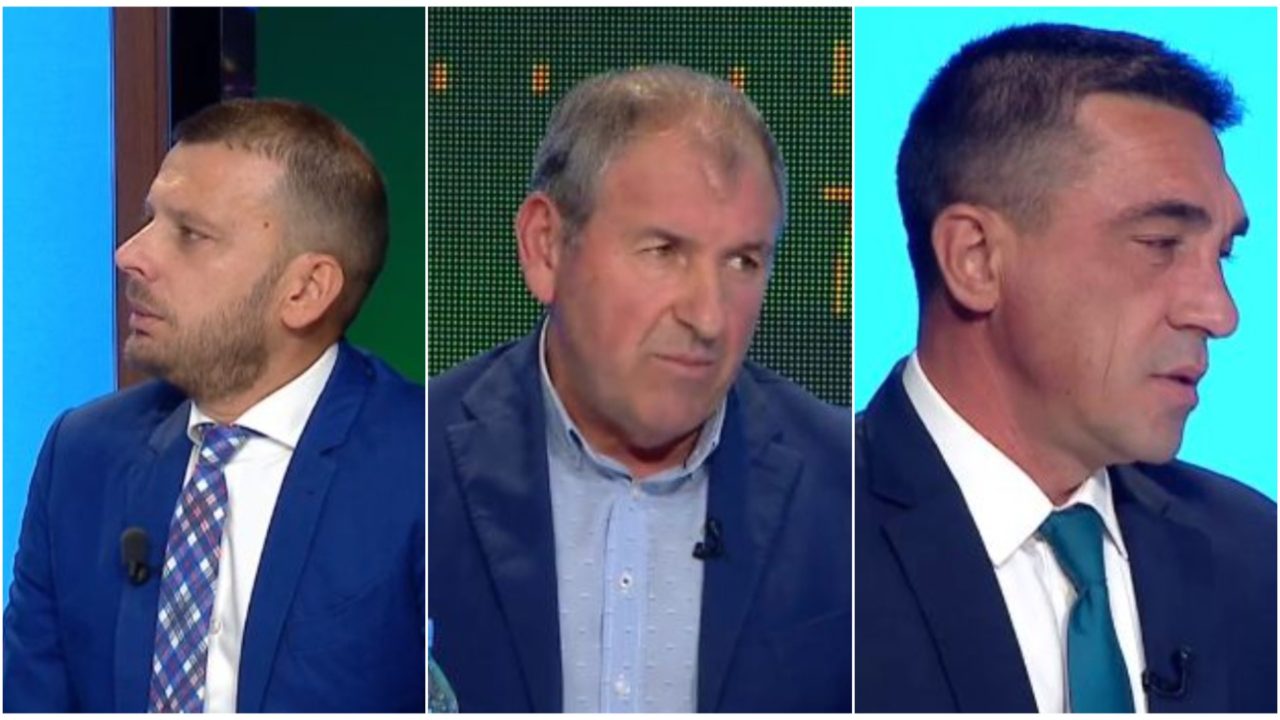 Atlante - Notizie dal mondo
14 ore 11 minuti ago
Schmidt, 65, pictured, stepped down from Google's parent company Alphabet in 2019. He said social-networking space is the 'most obvious candidate for regulation'.

Atlante - Notizie dal mondo
15 ore 9 minuti ago
With lives and livelihoods at stake, we’re sick of excuses from a Government incapable of tackling the pandemic. It is time Conservative crony and peer Dido Harding is replaced
[email protected] (Voice of the Mirror)

DONALD Trump and Joe Biden will take to the stage tonight in the final presidential debate.

The President and his Democratic rival will battle it out on a number of hot topics. Here’s how you can catch the action in the UK. 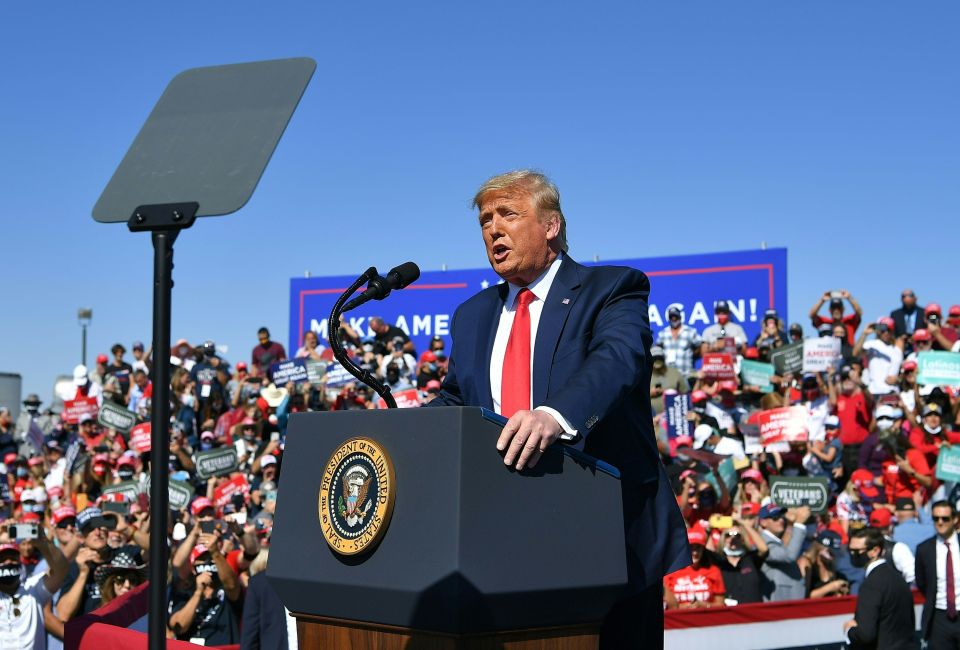 You can watch the debate tonight live on The Sun’s YouTube channel.

Real-time updates will also be available on our US election live blog.

You can also catch the pair thrashing it out on BBC News, Sky News and CNN. 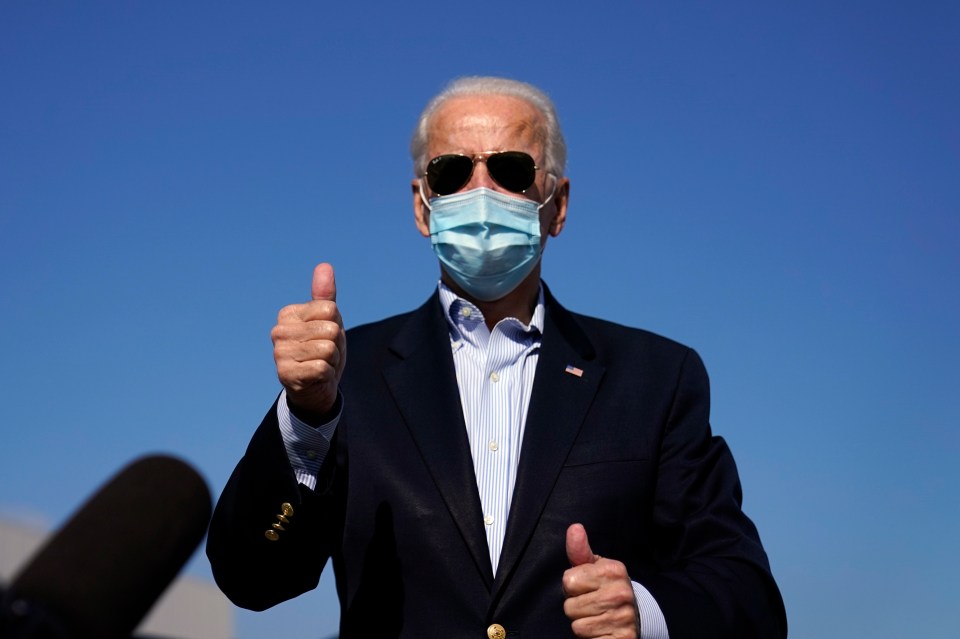 AP:Associated PressJoe Biden will take on Donald Trump in tonight’s presidential debate[/caption] What time is the debate in the UK?

The debate will take place in Tennessee between 9pm and 10.30 pm. 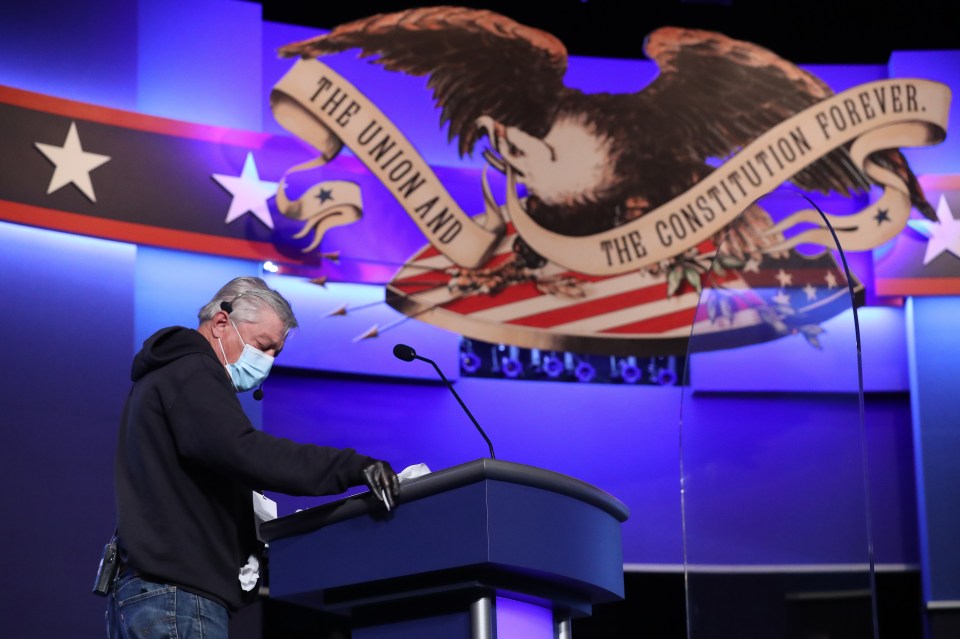 Getty Images - GettyTonight’s presidential debate is being held at Belmont University[/caption] Where is the debate taking place?

The debate is taking place at at Belmont University in Nashville, Tennessee.

It’s the second time the university have hosted a presidential debate, hosting McCain and Obama in 2008.

The college also served as backup in 2016.

He said: “It is a statement about how Belmont has grown. How Nashville has grown – the capabilities of the city and the desirability we have.” 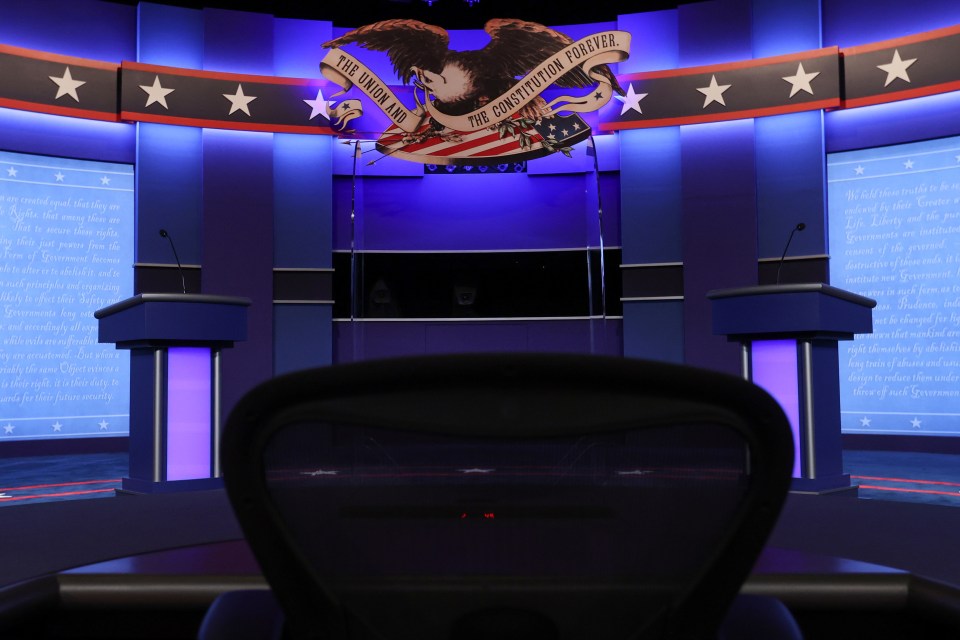 ReutersSix key topics will be discussed tonight from coronavirus to climate change[/caption] What are the topics for the debate?

Each of the six segments will be discussed for 15 minutes, with both candidates allowed two uninterrupted minutes to speak before entering into open debate.

While the candidate speaks, their rival’s mic will be turned off to avoid interruptions. 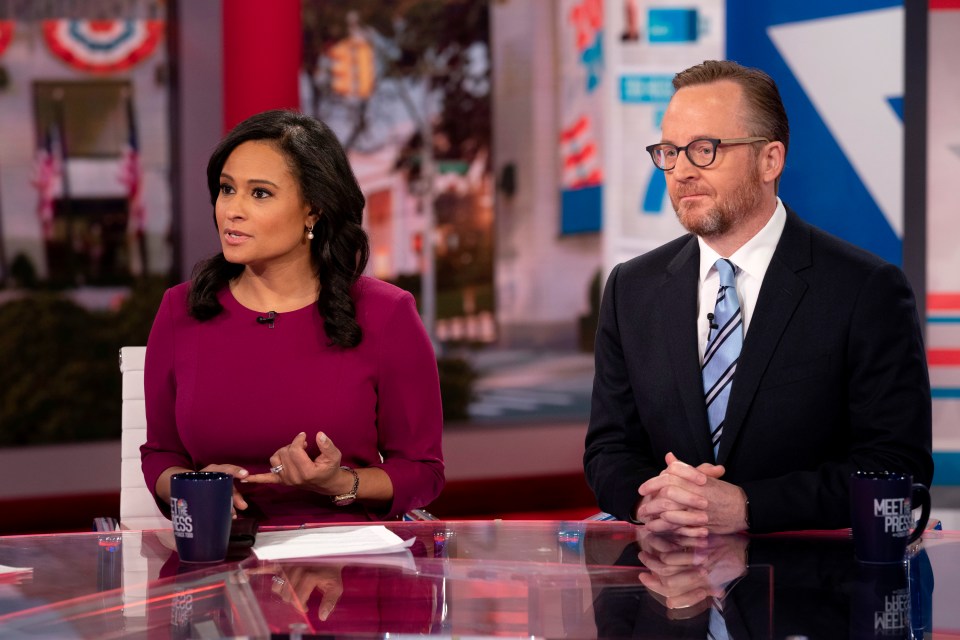 Kristen Welker is moderating the presidential debate tonight Who is the moderator?

LATEST U.S. ELECTION NEWS US DECIDES Watch LIVE as Trump & Biden face-off in TV debate for final time before election ALL TO PLAY FOR US election 2020 polls today - Latest on how Trump and Biden are doing END THE 'EPIDEMIC' What is Joe Biden's gun control plan? 'SAD SITUATION' Pelosi says Trump backers aren't uneducated just 'sad' RACE TO THE WHITE HOUSE US election 2020 latest odds – who is favourite to win? ‘PEOPLE WILL DIE’ Jill Biden lashes out at ‘totally irresponsible’ Trump fans at rallies

Her “hard-hitting political reporting appears across all NBC News and MSNBC platforms, including NBC Nightly News with Lester Holt, TODAY, Meet the Press and NBCNews.com,” according to her online bio.

She began covering the White House for NBC News in December 2011. 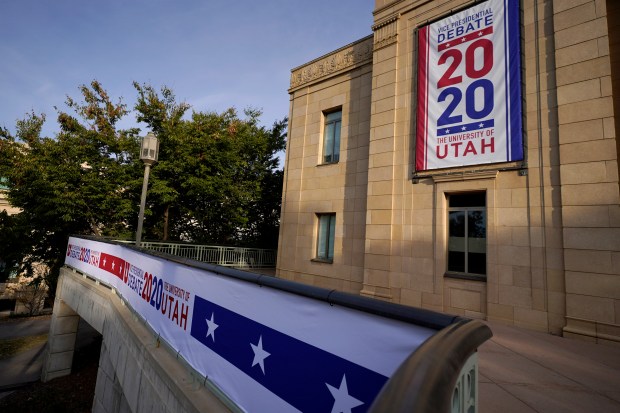 EASTENDERS fans are convinced Ruby Allen had Stacey Slater brutally beaten up for disrespecting her tonight.

The club owner – who is played by actress Louisa Lytton in the BBC soap – appeared to snap after Stacey dumped a bag of pennies in the club as payment for stealing thousands from Ruby. 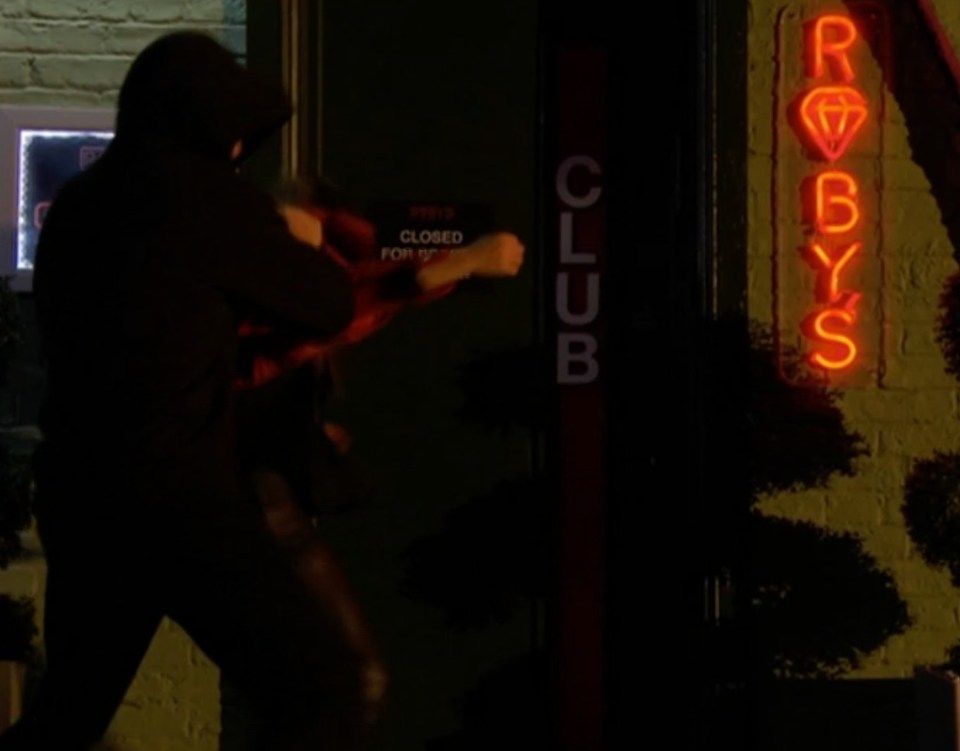 A hooded thug grabbed Stacey and beat her up

Dumping the cash in the club in pennies in a huge bag, Stacey told her: “This week’s payment, you can count it if you like.”

A furious Ruby told her: “If you want to play games, we can play games but you’re not going to win, I promise you.”

Snarking back, Stacey said: “Oh really Johnny Allen Jr what are you going to do? Bore me to death?”

Ruby warned her: “Don’t underestimate me, if I wanted I could click my fingers and have you out of the Square tonight.” 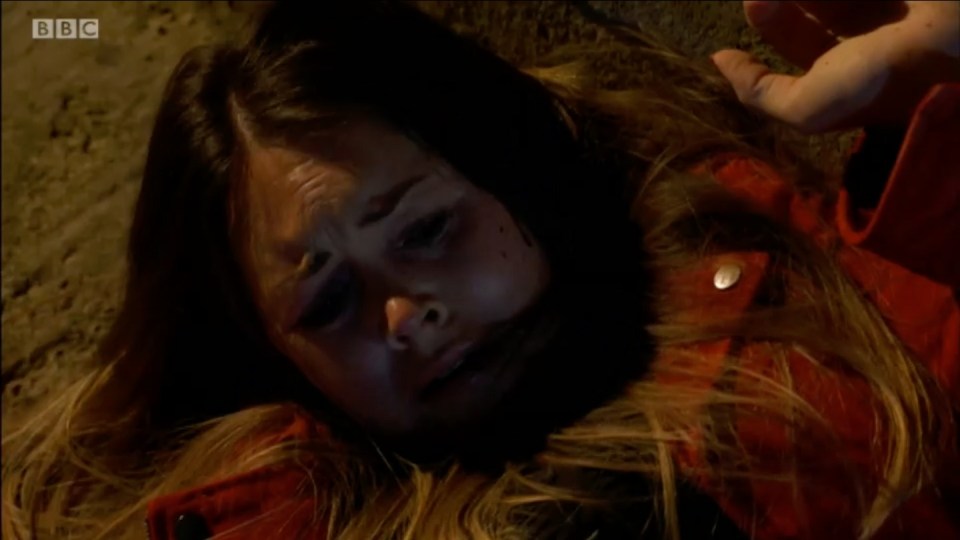 Stacey was left bloody and bruised on the floor 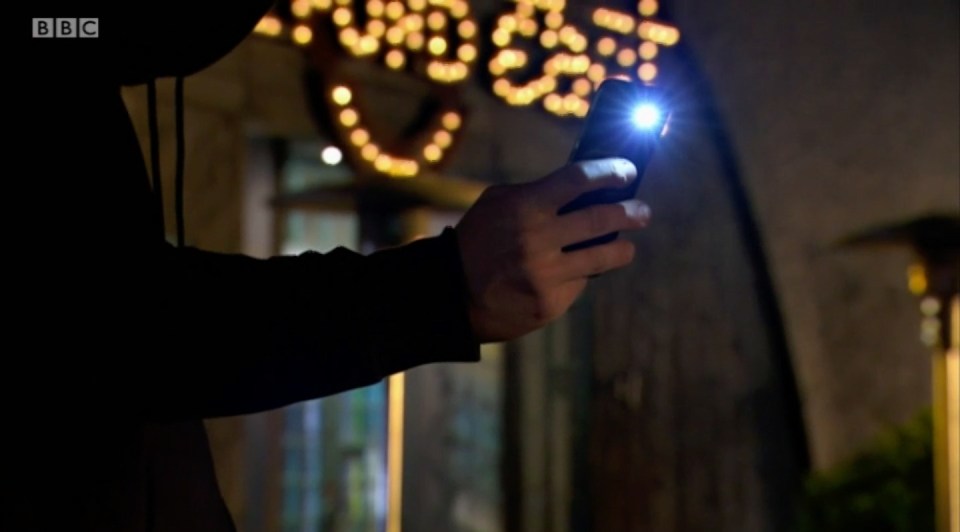 Stacey hit back, telling her: “Well I’ll take my kids with me and I wonder how long it will be before Martin comes running after me begging me to take him back. You ain’t a mother and you ain’t going to practise on my little girl so stay out of my face.”

Stacey stormed out leaving Dotty to ask why she would let her talk to her like that and Ruby ominously told her she would handle it.

Later she sent Martin to pick the kids up for a movie night at the club with him and Ruby, leaving Stacey furious.

When she discovered where her kids were, Stacey was furious and stormed over to the club to have it out with her. 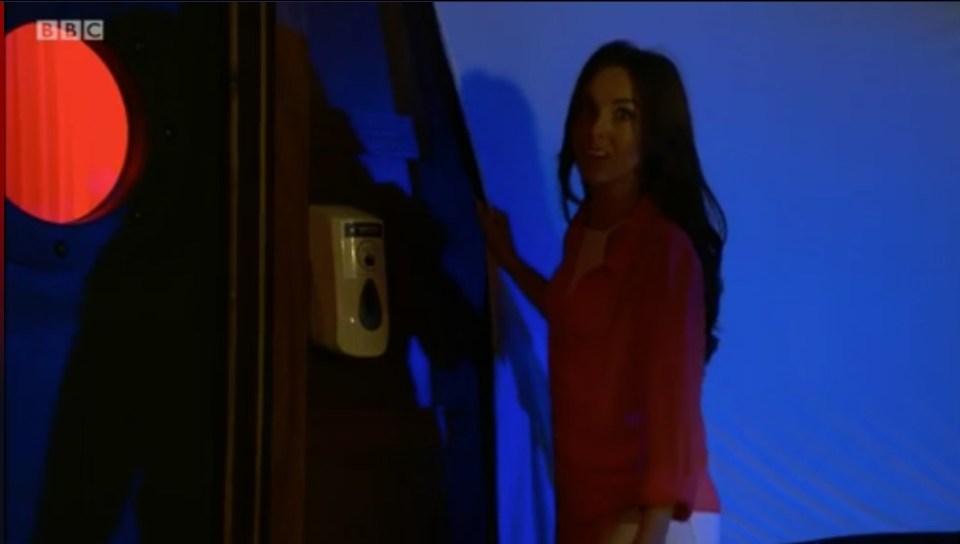 The two women had a row earlier in the day 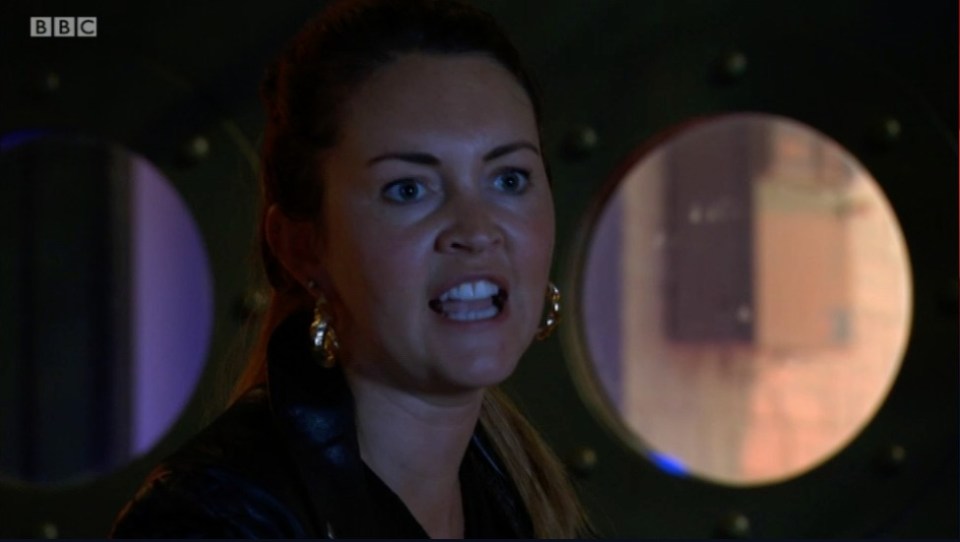 Stacey told Ruby to stay away from her children

But on her way she was followed by a mystery man in a hooded top, and when Stacey reached the club and began banging on the doors he grabbed her.

Pushing her to the floor he began raining blows down on Stacey leaving her terrified for her life.

She was kicked and punched until she was bleeding before the man pulled out his phone and took a picture of her sobbing.

He then said: “You want to play games, we can play games.”

Fans were convinced this was a warning from gangster’s daughter Ruby.

One wrote: “Who Assaulted Stacey? I bet It’s On Ruby’s Orders”

A second said: “Omg I hate Ruby so much, I hope Stacey will be ok”

Another added: “She’s totally gona think Ruby was actually behind it all though ain’t she?”

Thomas Partey's full Arsenal debut "one of the best ever", says Owen Hargreaves