McGowan on board with Morrison’s Perth quarantine camp plan

EU leaders to Orban: Hungary can exit if not happy to uphold values

Your freedom secured with a jab: the incentive that could spur our nation of vaccination laggards

The Age - 31 min 27 sec fa
Australia’s vaccination rate is ranked 49th of 50 among the world’s wealthiest countries. We should reward those who get vaccinated - not with cash or lottery tickets but with greater freedoms.
Categorie: Australia

The good, the bad and the hammy: why scenery-chewing stars have had their day

The Age - 31 min 27 sec fa
A new generation of actors is leaving their over-acting elders in the shade.
Categorie: Australia

From Meryl Streep to a homeless mum: Phyllida Lloyd builds a new order

The Age - 31 min 27 sec fa
The grand dame of British theatre returns to filmmaking with an uplifting tale of collective triumph.
Categorie: Australia

Fiction reviews: Heaven and other titles

The Age - 31 min 27 sec fa
A world-exclusive exhibition at NGV offers a fresh perspective on the Spanish master.
Categorie: Australia

The Age - 31 min 27 sec fa
The Melbourne musician has played with some of Australia’s biggest names, but this time it was just him and 8000 pipes.
Categorie: Australia

Swimming in the slipstream of information

A memoir of home, feminism and the art of living

How could open plan living actually be a trap?

The Age - 31 min 27 sec fa
More than a fix for pokey rooms and dark houses, the open plan has promised light, freedom and chic for more than a century. So how did it end up cramping our style?
Categorie: Australia 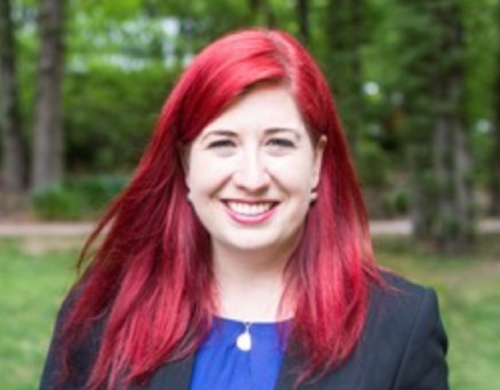 AN APPEAL for the Auditor-General to run through the books to investigate into times of transactions of a discount online retail scheme is the latest part of the ACT opposition’s sustained attack on the government.

Questions were thrown at Minister for Business Tara Cheyne over impropriety of the Choose CBR scheme following allegations of misappropriation of funds between multiple Canberra businesses.

Every one of the nine Canberra Liberals party members each asked Ms Cheyne at least one question amid an orchestrated move from the opposition on Tuesday (June 22) in the first day back of the Legislative Assembly since the irregularities were found.

Sources to the Liberals observed that the vouchers were claimed “en masse” from midnight to 6am on June 18 and 19.

Ms Cheyne admitted the swamping of the CBR website exhausted the vouchers far quicker than the government that financially underwrote the $2.1 million promotion had possibly anticipated.

Opposition spokesperson for Business Leanne Castley says the government’s latest actions over an about-face of listing the top 100 Canberra businesses to provide evidence of the scheme’s success brings into question its credentials.

Ms Cheyne had refused to reveal businesses on the floor of the assembly on Thursday that allegedly have a papertrail linked to dubious transactions, citing commercial in confidence for her silence.

She accused the Minister of “ducking and weaving” around the ChooseCBR scheme that has raised some serious questions.

“The Minister has misled the Canberra community,” Ms Castley said.

“The list raises more serious questions, which can only be properly answered by the Labor-Greens Government calling in the Auditor-General.

“The Auditor-General must scrutinise the entire scheme, in particular transactions that took place over a 25-hour period.

“We know from the trial that three businesses had questionable transactions with a total voucher value of $6156, but the government did not recover the money as it would have been too costly.”

Ms Cheyne said the government intends to conduct an “independent” review to look into any wrongdoing inside the scheme.

The government process will be addressed “by the last sitting day” of the assembly this year that could be as late as December 2.

The opposition criticised the “dud” scheme for its low take-up, with 797 eligible businesses – less than 20 per cent – of a possible 4000 particpating in the promotion

“That is a huge small business vote of no-confidence in ChooseCBR,” Ms Castley said.

“More than four in five eligible businesses did not bother signing up.”

The Age - 36 min 6 sec fa
Kazuma Ieiri was bullied at school, too poor to go to university and spent years in his bedroom as a recluse. More than 20 years later, he’s making his fortune in the tech startup scene.
Categorie: Australia

To work for women, our governing chamber needs definitive change

The Age - 36 min 27 sec fa
Having more women in parliament is vital, but the responsibility for cultural change there shouldn’t rest solely with women.
Categorie: Australia

The Age - 38 min 18 sec fa
Rio Tinto has been accused of keeping traditional owners in the dark about hundreds of their priceless cultural artefacts ending up in a Darwin tip.
Categorie: Australia

Amazon boss plans to blast into space. Why can’t he get insurance?

The Age - 38 min 31 sec fa
A quick guide to Jeff Bezos’s big trip (and what it means for space tourism).
Categorie: Australia 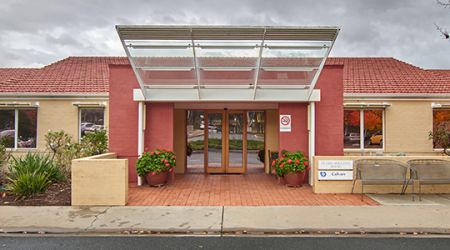 A $6 million expansion of Clare Holland House, funded by the Commonwealth Government and The Snow Foundation, is complete.

Senator for the ACT Zed Seselja said the expansion will boost palliative care services for the region as the community continues to grow and demand for palliative care increases.

“Canberrans deserve to have access to the best end-of-life care possible. We are blessed to have the dedicated and passionate staff here at Clare Holland House delivering world-class care, out of a place of genuine compassion.”

“More Australians will require palliative care as our population grows and ages, and the $4 million contribution by the Australian government to this expansion will mean more Canberrans, and people from across our region, will be able to access the care they need close to their loved ones.” 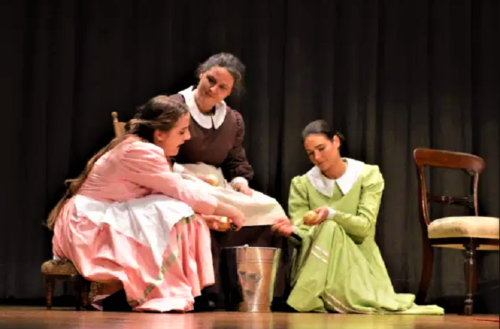 The Brontë sisters, as seen in the play.

REMEMBER Anne Brontë, the youngest of the Brontë sisters and author of the proto-feminist novel, “The Tenant of Wildfell Hall”?

Historically overshadowed by her brilliant older sisters Emily (“Wuthering Heights”) and Charlotte (“Jane Eyre”), she’s the forgotten one, but not anymore, as playwright Cate Whittaker brings Anne into the spotlight with new relevance in light of the “Me Too” movement, so that she is now seen as the first whistle-blower on wife abuse.

Whittaker, also the author of “Forgotten”, based on the Parramatta female convict rebellion of 1827, has styled her work “a Victorian melodrama of murderous intrigue, madness and malice”, and intended it to be performed in the Brontë family’s Haworth schoolroom in England as part of the bicentenary celebrations for Anne.

Although the actors are dressed in full period costume, the proposal is very modern, that the Brontë sisters made an early contribution to feminism. The play recreates imaginary conversations between the three housebound sisters about the great questions of life and also its stultifying daily realities.

Anne is depicted by Whittaker as a “shy, sweet, sickly girl in the shadow of her two older sisters”, but she comes out of her shell in her sensational bestseller, “The Tenant of Wildfell Hall”, where she depicted a husband’s physical and moral decline.

It is now considered to be one of the first feminist novels.

Juggling and a ‘classified’ journal: Inside what makes Nathan Cleary so good

The Age - 46 min 27 sec fa
The NSW halfback will break Origin ground not even Andrew Johns, Johnathan Thurston or Cooper Cronk could. But how did Nathan Cleary become so good so fast?
Categorie: Australia