Chakwera for upholding of values

President Lazarus C h a k w e r a h a s urged Malawians to embrace mindset change and uphold values with a common purpose of achieving success for the country’s benefit. 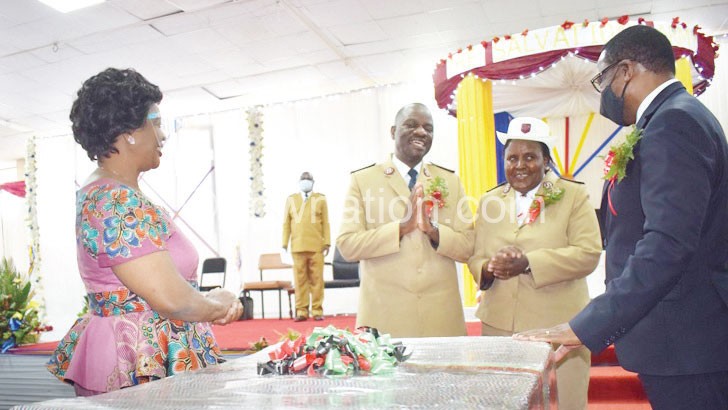 In his speech, Chakwera said a country that cannot uphold values is bound to lose direction; hence, the need for Malawians to have unity of purpose in efforts towards achieving greatness.

He said: “A nation without values is a nation that curses itself and we refuse to be a cursed nation. As you demonstrate these values, it is about service, unity and moving forward.”

The President, who during the ceremony read the Bible from the book of John Chapter 17: 17-23, said it was an honour to witness a transition in the Salvation Army whose local leadership was previously under internat ional representatives.

He said said they plan to move towards self-reliance, training more leaders and encouraging social services such as the provision of clean water, food and other necessities which they are already.

The two leaders replace Ugandan officers Colonels Moses and Sarah Wandulu, who have been posted to Mozambique after serving in Malawi for seven years.