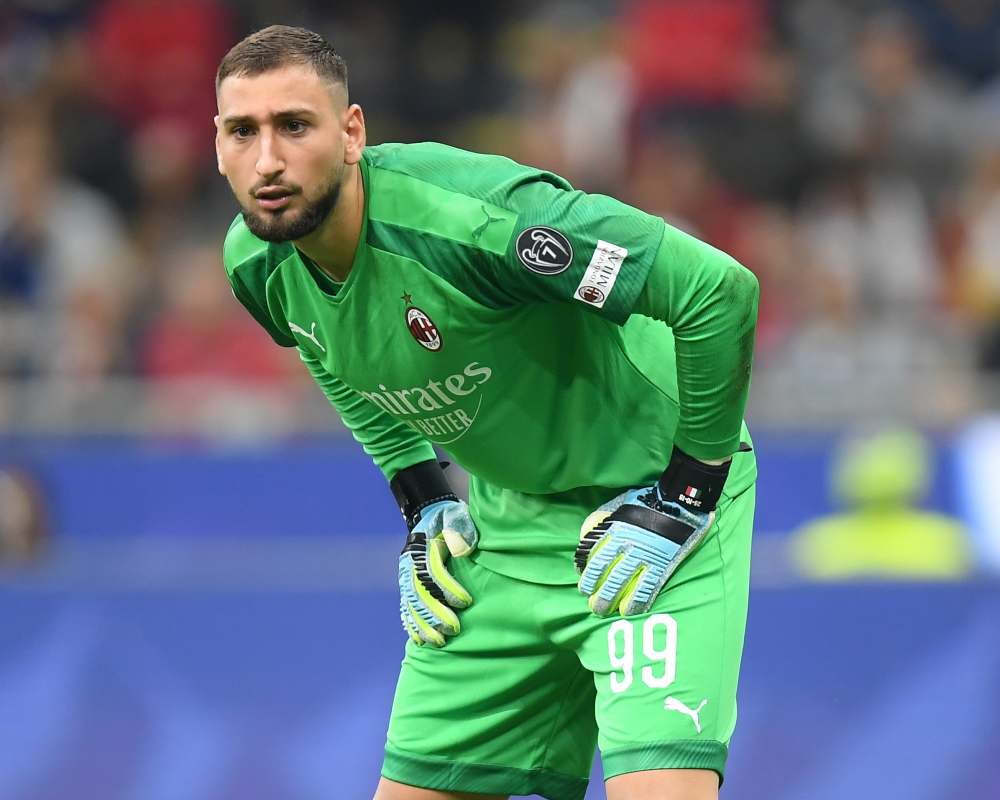 MILAN, Oct 26 — AC Milan goalkeeper Gianluigi Donnarumma and winger Jens Petter Hauge have tested positive for Covid-19 along with three members of the team staff, the Serie A leaders said in a statement today.

“All are asymptomatic, have been immediately isolated at home and the local health authorities have been informed,” said the club in a statement. They will miss the league match at home to AS Roma later today.

The remainder of the squad have undergone further tests which were all negative, the club added.

Milan forward Zlatan Ibrahimovic tested positive earlier this season but has since recovered. Milan lead the table with 12 points after winning all four league matches so far. — Reuters 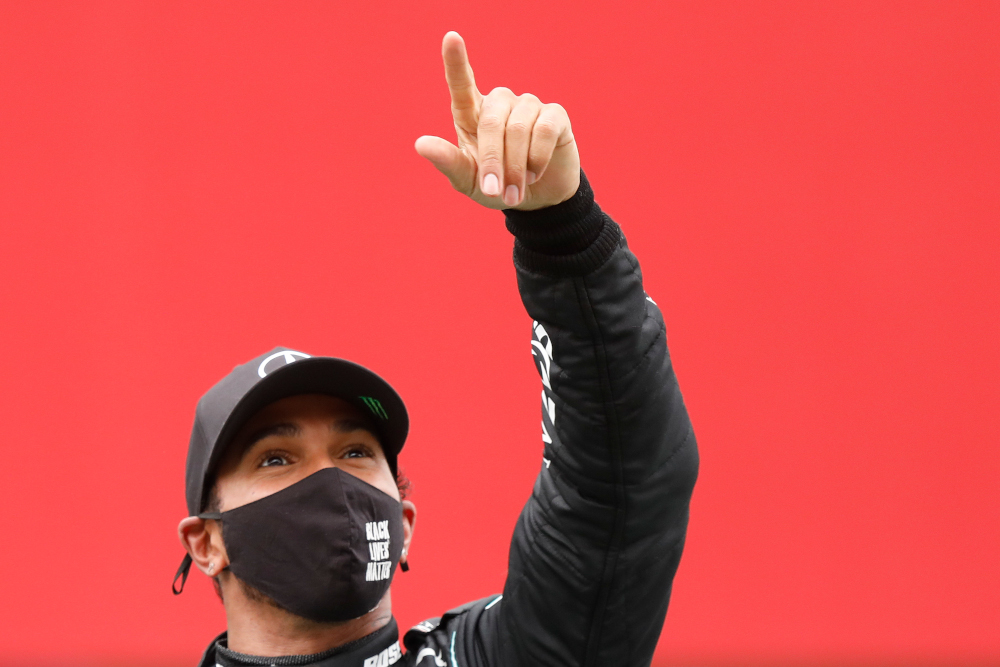 Mercedes’ British driver Lewis Hamilton celebrates on the podium after winning the Portuguese Formula One Grand Prix at the Autodromo Internacional do Algarve October 25, 2020 in Portimao. — AFP pic

LONDON, Oct 26 — Mercedes Formula One boss Toto Wolff jokingly suggested he would have to sell the factory to keep Lewis Hamilton after the Briton’s record 92nd career win in Portugal yesterday.

Hamilton is out of contract at the end of the year, by which time the 35-year-old is likely to have won a record-equalling seventh championship and rank as the most successful driver in the history of the sport.

“It’s huge. We have to sell plenty of inventory. Sell a leaseback of the buildings and just come up with the money,” said Wolff when asked about the contract implications of the victory.

The reality is less drastic, with both sides keen to stay together and set more records in a sport they have dominated since the start of the V6 turbo hybrid era in 2014.

If Ferrari great Michael Schumacher’s record 91 wins once seemed an impossible target, Hamilton now looks likely to go well beyond 100 with an eighth title also no longer in the realms of fantasy.

“In 10 or 20 years we’re going to look back and really acknowledge what a special driver he was,” said Wolff.

Mercedes, meanwhile, are on the brink of becoming the first team to win seven successive constructors’ titles.

Hamilton, who has been with Mercedes since 2013, already earns a reported £40 million (RM217 million) a year but the pandemic has changed the financial landscape for even the biggest companies.

“I don’t think I’m at my peak. I’m in a good area for sure but I still want to continue to race. I don’t know how much longer that will be,” the 35-year-old told Sky Sports television.

“This is a period of time where I’ve got to slowly work out what the future holds.

“All I can say is I plan to be here next year.”

Hamilton’s contract talks have always been something of a saga and this time he has also wanted to be sure of where Wolff’s future lies.

The Austrian, a shareholder in the team, said he and Daimler boss Ola Kaellenius had agreed “to continue with each other”.

“Where we stand today is that everybody has the will to continue,” Wolff told reporters by video conference.

“With Lewis and I it is simply that we are living like hermits and I think our team is particularly disciplined ...I was in Monaco last week but we decided not to meet because the worst that could happen is me dragging corona into our meetings.

“It simply wasn’t the time to sit down and meet. I hope we can finish the next couple of races on a high and then concentrate on the contract.” — Reuters 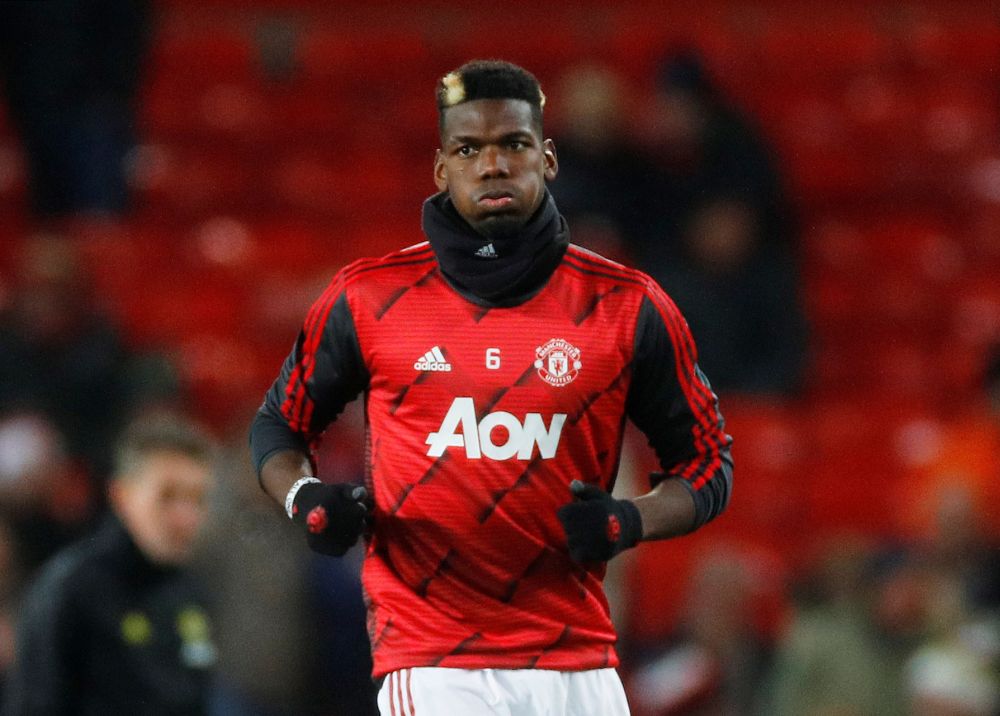 Manchester United’s Paul Pogba said that he was taking legal action against the publishers of ‘The Sun’. — Reuters pic

PARIS, Oct 26 — Manchester United midfielder Paul Pogba today denied media reports that said he quit the France national team over comments made by the country’s President Emmanuel Macron which were perceived to be against Islam.

The French leader this month declared war on “Islamist separatism”, which he believes is taking over some Muslim communities in France.

The Sun newspaper alleged that Pogba, a practising Muslim, reacted to Macron’s comments by quitting the national team.

“Unacceptable,” the 27-year-old wrote on a Twitter post along with a “fake news” sticker on a screenshot of the headline from The Sun.

“So The Sun did it again,” he added. “Absolutely 100% unfounded news about me are going around, stating things I have never said or thought.

So The Sun did it again... absolutely 100% unfounded news about me are going around, stating things I have never said or thought. I am appalled, angry, shocked and frustrated some “media” sources use me to make total fake headlines in the sensible subject of French current events and adding the French National Team to the pot. I am against any and all forms of terror and violence. Unfortunately, some press people don’t act responsibly when writing the news, abusing their press freedom, not verifying if what they write/reproduce is true, creating a gossip chain without caring it affects people’s lives and my life. I am taking legal action against the publishers and spreaders of these 100% Fake News. In a quick shout out to The Sun, who normally could not care less: some of you guys probably went to school and will remember how your teacher said to always check your sources, don’t write without making sure. But hey, seems you did it again and in a very serious topic this time, shame on you! #fakenews #AllezLesBleus @emmanuelmacron @equipedefrance

A post shared by Paul Labile Pogba (@paulpogba) on

“I am appalled, angry, shocked and frustrated some ‘media’ sources use me to make total fake headlines in the sensible subject of French current events and adding the French national team to the pot.

“I am against any and all forms of terror and violence. Unfortunately, some press people don’t act responsibly when writing the news, abusing their press freedom, not verifying if what they write/reproduce is true, creating a gossip chain without caring (if) it affects people’s lives and my life.”

Pogba added that he was taking legal action against the publishers.

The report came days after Macron paid tribute to a French history teacher who was beheaded by an Islamist radical for using cartoons of the Prophet Muhammad in a class on freedom of expression for 13-year-olds. — Reuters

KUALA LUMPUR: All educational institutions registered with the Education Ministry in Selangor and the Federal Territories of Kuala Lumpur and Putrajaya will remain closed until Nov 9.

It said in a Bursa Malaysia announcement today that the group’s total revenue for FY2020, recorded at RM40.62 million, was principally derived from the manufacturing segment.

It accounted for approximately 79.8 per cent of the group’s total revenue, which was mainly driven by metal door frame sales and fire-resistant door sets.

“The increase was mainly contributed by the manufacturing segment when the group resumed operations at 100 per cent of its workforce under the Conditional Movement Control Order (CMCO) and Recovery MCO during the current quarter ended Aug 31, 2020,” it said.

It added that the board is cautiously optimistic that the group is able to withstand the current uncertainties and is well-positioned to capture opportunities as the market recovers.

“As the group is not considered a critical sector for the supply of essential goods/services, the group was unable to conduct its business operations during the MCO.

“The group resumed operations on April 20 at 50 per cent of its workforce and to 100 per cent under the CMCO on May 4,” it added.

It is seeking to list on the ACE Market tomorrow and the exercise entails a public issue of 65 million new ordinary shares to raise about RM18.20 million. — Bernama

MANILA: The Philippines ordered its ambassador to Brazil to return home on Monday after video footage showed her “mistreating” a Filipino domestic helper.

KUALA LUMPUR: Despite being offered a bungalow, a Ferrari, a cruise around the world and mountains of cash for her hand in marriage, singer-actress Dr Soo Wincci has turned her wealthy suitor down.