WATFORD, UK: Watford F.C. has cancelled a friendly match against the Qatar national team due to the Gulf country's human rights record.

Big News Network - Gio, 30/06/2022 - 3:18am
Beijing [China], June 30 (ANI): The leaked document, known as Xinjiang Police Files, from the internment camps in the Xinjiang Uyghur Autonomous Region (XUAR), shows the Chinese government's plan of genocide and crimes against Uyghurs. The files contain information about over 20,000 detained Uyghurs, Radio Free Asia (RFA) reported. Among the documents is a May 2017 speech by the Chinese Communist Party secretary of the XU
Categorie: Monaco

US, NATO Trade Charges With China Over New Strategic Concept

washington - The United States joined its NATO allies on Wednesday to issue a strong rebuke to "malicious hybrid and cyber" threats from the People's Republic of China, warning the "no-limits" partnership between China and Russia is undercutting a rules-based international order.

In Beijing, Chinese officials pushed back and asked the Atlantic alliance to stop "stoking political confrontation or seeking to start

Big News Network - Gio, 30/06/2022 - 1:55am
Moscow [Russia], June 30 (ANI): Russian President Vladimir Putin on Wednesday warned Finland and Sweden that if they welcome NATO troops and military infrastructure onto their territory, Moscow will respond in kind. While addressing a news conference in Turkmenistan, Putin said, "Only we must clearly and precisely understand -- while there was no threat before, in the case of military contingents and military infrastructu
Categorie: Monaco

Big News Network - Gio, 30/06/2022 - 1:55am
Colombo [Sri Lanka], June 30 (ANI): Amid the fuel shortage in the country, Sri Lankan President Gotabaya Rajapaksa is expected to visit the United Arab Emirates (UAE) in the coming weeks to procure the fuel. While addressing a news conference on Tuesday, Sri Lankan PM Mahindananda Aluthgamage said that the Russian Ambassador to Sri Lanka had initiated the discussion to facilitate the telephonic conversation between Presid
Categorie: Monaco

The Kremlin has mocked the UK PM's suggestion that Putin wouldn?t have attacked Ukraine if he were a woman

The Kremlin has responded to Boris Johnson's claim that Russian President Vladimir Putin would not have launched the military operation against Ukraine if he were a woman, suggesting the British PM would have been of great interest to psychoanalysts.

"Old Freud would have dreamed of su

Mexican Journalist Is Shot to Death; 12th So Far This Year

CIUDAD VICTORIA, Mexico - A journalist was shot to death Wednesday in northeastern Mexico as he was leaving his house with his 23-year-old daughter, who was seriously injured, according to state prosecutors and the newspaper that employed him.

Antonio de la Cruz, 47, was a reporter for the local newspaper Expreso for almost three decades. His death brings to 12 the number of journalists killed this year in the co

Madrid, Spain - NATO heads of state and government meeting in Madrid on Wednesday approved a new Strategic Concept for the alliance, naming "Russia's aggression," "systemic challenges posed by the People's Republic of China" and the "deepening strategic partnership" be

NATO has officially invited previously non-aligned Sweden and Finland to join its ranks.

"Today, we have decided to invite Finland and Sweden to become members of NATO, and agreed to sign the Accession Protocols," the military bloc said in a statement on Wednesday during its summit in Madrid, Spain.

Any attempt to set up ?an Asia-Pacific version of NATO? would only bring more turmoil, Beijing warns

NATO should stop looking for "imaginary enemies" in the Asia-Pacific and never consider setting up a version of the bloc in the region, China's envoy to the UN has said.

"We firmly oppose certain elements clamoring for NATO's involvement in the Asia-Pacific, or an Asia-Pacific version of NAT

The Kremlin has mocked the UK PM's suggestion that Putin wouldn?t have attacked Ukraine if he were a woman

The Kremlin responded to Boris Johnson's claim that Russian President Vladimir Putin would not have launched the military operation against Ukraine if he were a woman, suggesting the British PM would have been of great interest to psychoanalysts.

"Old Freud would have dreamed of such a

U.S. President Joe Biden announced Wednesday the United States is bolstering its military presence in Europe, including the deployment of additional naval destroyers in Spain and positioning more troops elsewhere.

Biden, in Madrid for a 30-nation NATO summit, said the U.S. would establish a permanent headquarters for the U.S. 5th Army Corps in Poland, add a rotational brigade of 3,000 troops and 2,000 other perso

WUHAN, June 29 (Xinhua) -- President Xi Jinping has stressed keeping the lifeline of science and technology firmly in China's own hands and making the country's development more independent, self-reliant and secure.

Xi, also general secretary of the Communist Party of China (CPC) Central Committee and chairman of the Central Military Commission, made the remarks during his inspection in Wuhan, capital city of cen 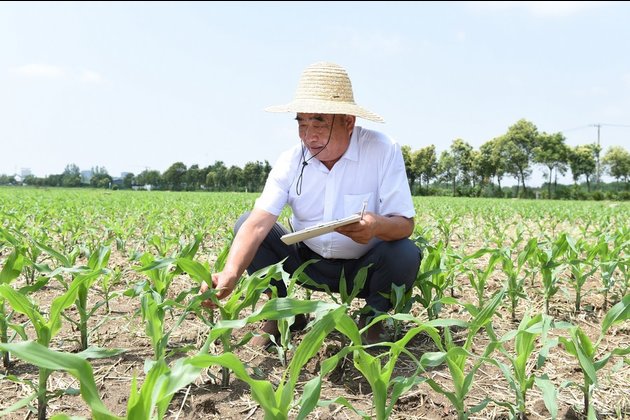 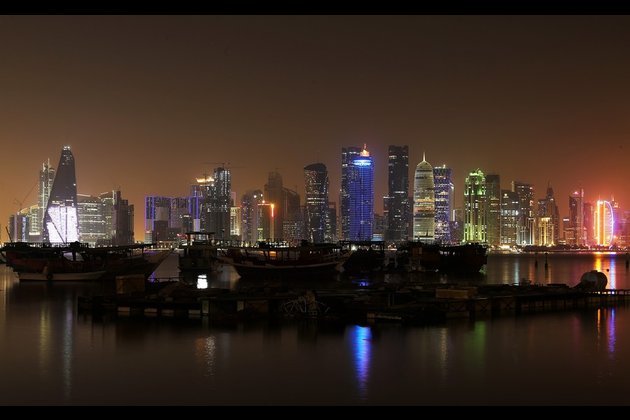 Indirect talks between Iran and the United States in the Qatari capital of Doha demonstrate the two countries share a willingness to return to the Iranian nuclear deal, but political hurdles still exist, so it remains to be seen

'If Putin were a woman, there would be no Ukraine war': Boris Johnson

Big News Network - Mer, 29/06/2022 - 4:03pm
Berlin [Germany], June 29 (ANI): Russian President Vladimir Putin would not have started the war in Ukraine if he was a woman, said UK Prime Minister Boris Johnson on Wednesday days after G7 members mocked the bare-chested pictures of the Russian leader. "If Putin were a woman, I just don't think he would have launched such a macho war. If you want a very good example of toxic masculinity, we have that in his person," Joh
Categorie: Monaco

U.S. President Joe Biden announced Wednesday the United States is sending additional naval destroyers to be stationed in Spain, establishing a permanent headquarters for the U.S. 5th Army Corps in Poland, adding a rotational brigade of 3,000 troops and 2,000 other personnel to be headquartered in Romania, and sending two additional F-35 fighter jets to Britian.

London is lifting the ban imposed after the 2011 nuclear disaster

The UK will allow food imports from the Japanese prefecture of Fukushima starting on Wednesday, The Guardian has reported, citing Prime Minister Boris Johnson. This lifts the restrictions placed on deliveries from the region after a major accident at a local nuclear power plant in 2011.

Seoul - The top leaders of South Korea and Japan expressed hopes for improved bilateral relations during a brief meeting Tuesday on the sidelines of a NATO summit in Madrid, Spain.

In crackdown, Turkey shuts down Pride parade in Istanbul

ISTANBUL, Turkey: Turkish police detained dozens of people after local authorities banned Istanbul's annual Pride parade from going ahead this year, and prevented hundreds of people from gathering for the event.

Previously, thousands attended Pride marches on Istanbul's main Istiklal Avenue. However, the government of President Tayyip Erdogan and his Islamist-influenced AK Party has toughened its stance on LGBT