Daily Mail - Dom, 09/01/2022 - 00:47
Kensington Palace released three striking new portraits of the Duchess of Cambridge for her 40th birthday, including one in a stunning red dress (pictured). They were taken in Kew Gardens.
Categorie: Regno Unito

The Independent - Dom, 09/01/2022 - 00:44
Catherine Elizabeth Middleton was born to Carole and Michael Middleton at the Royal Berkshire Hospital in Reading on January 9 1982.
Categorie: Regno Unito

Daily Mail - Dom, 09/01/2022 - 00:43
DR ELLIE CANNON: Today's reader is seeking advice having developed a muscle twitch since he started caring for his wife who is ill. The reader fears the twitch could also be a response to his gout.
Categorie: Regno Unito

Daily Mail - Dom, 09/01/2022 - 00:43
At least five people have died and nine were seriously injured after part of a canyon collapsed on top of tourist boats in a popular sightseeing spot in southeast Brazil Saturday afternoon.
Categorie: Regno Unito

How Sinead O'Connor's son struggled through his tough upbringing

SAJID JAVID: It's disappointing Novak Djokovic is fuelling scepticism about our vital vaccines

Daily Mail - Dom, 09/01/2022 - 00:41
SAJID JAVID: Most of us know someone who hasn't got the jab and everyone can do their bit by helping address concerns they may have - whether a family member or a friend.
Categorie: Regno Unito

Boland kicks things off and there’s a bat-pad appeal straight away, but it’s non-committal. Hameed leaves the next and Carey takes it in front of his face. Continuing the theme, Boland gets another to jump as Hameed comes forward and it raps him on the gloves and chest. The next is much the same, but Hameed deals with it. Good signs for Boland. A maiden.

A DESPERATE search has been launched for three young girls that didn’t make it home from school on Friday. 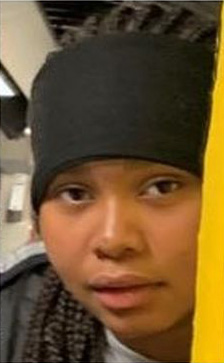 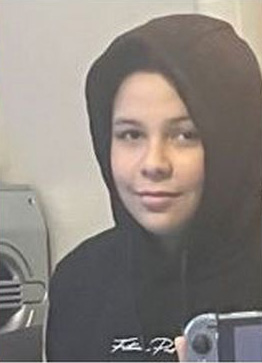 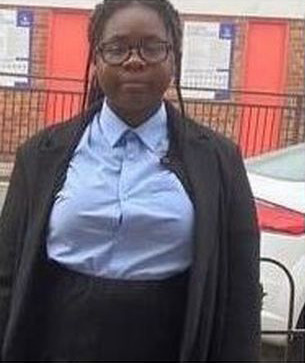 Cops are urging anyone who may have seen the girls or has any information to come forward quickly, MyLondon reports.

In a statement, Southwark Police said: “Can you help us find three young girls who have been reported #missing shortly after they left their school in the Camberwell Green area?

The police posted another plea on Twitter around 8:30pm tonight stressing it was “continuing to appeal for help” and that the children “have now been missing for 30hrs”.

Anyone who may have seen the girls or has some information should call 101 using the case reference: 4627/07Jan.

A MINISTER has hit out after four protesters were cleared of toppling a slaver’s statue — as it emerged key evidence could lead to an appeal.

Kit Malthouse vented his frustration after the two-week trial resulted in not guilty verdicts for those involved in thowing the Edward Colston monument into Bristol harbour. 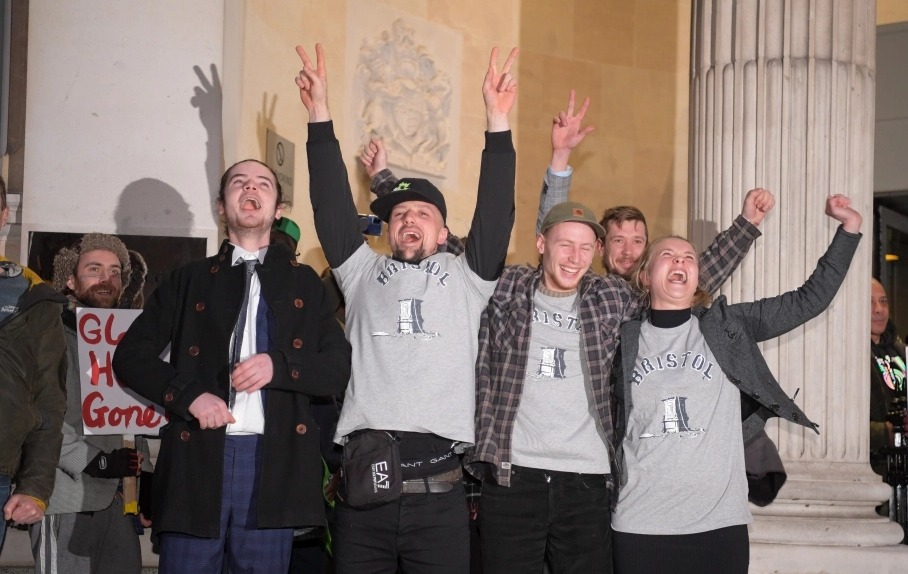 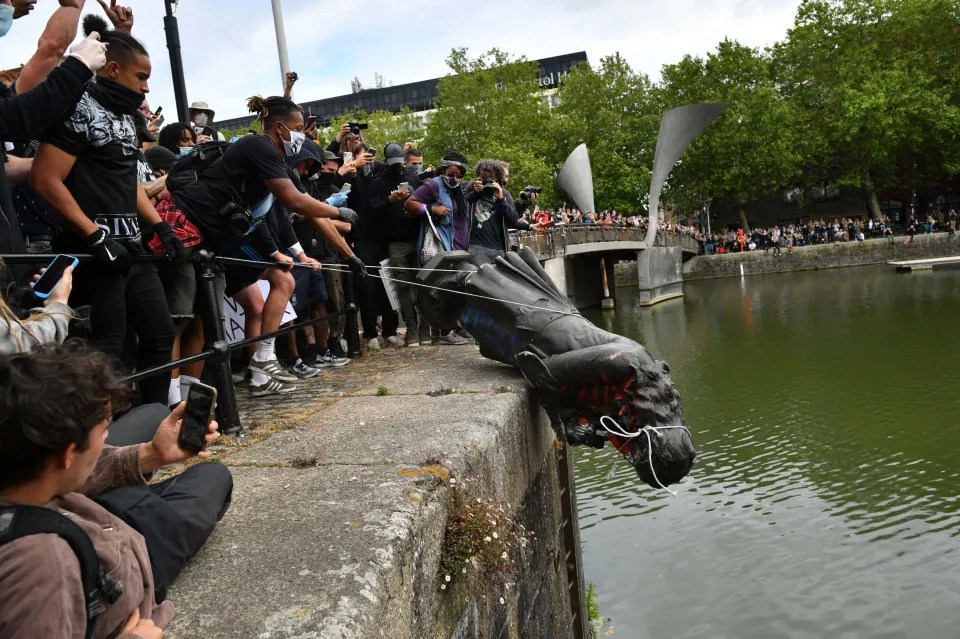 The statue of Edward Colston is dropped into Briston harbour

When asked if he disagreed with the outcome, the Policing Minister said: “I do, yes. But I respect the jury made this decision. I wish they made a different decision but they didn’t.”

His comments came as it emerged the trial judge’s decision to let historian Professor David Olusoga give evidence on Colston’s slave trade role might form the basis of an appeal.

In his summing up, Judge Peter Blair told jurors to use the historian’s expertise to help “assess the question of whether displaying a monument of Edward Colston may be indecent or abusive”.

After the verdicts, William Hughes, for the prosecution, said this evidence “was a gloss that I can imagine would have put anyone in the jury at a degree of unease”.

Meanwhile Attorney General Suella Braverman said she was “carefully considering” referring the case to the Court of Appeal.

It would rule on whether there was an error in law on the directions given to the jury.

The Crown Prosecution Service could then ask for a retrial.

Daily Mail - Dom, 09/01/2022 - 00:36
The bronze sculpture bears the red and blue graffiti from the Black Lives Matter protest in June 2020 when it was torn from its plinth in Bristol city centre, and dumped in the harbour.
Categorie: Regno Unito

Clearly back on his game, Nathan Chen set a short program record at the US figure skating championships on Saturday.

With a performance full of superb footwork and spins – oh, yeah, there were two massive quads in it, too – Chen sent a message to all his competitors, here and abroad. His 115.39 points beat the nationals mark of 114.13 he set in 2020.

Daily Mail - Dom, 09/01/2022 - 00:28
Moderna is working on a single jab which could inoculate Britons against both Covid and flu as early as next year.
Categorie: Regno Unito

Daily Mail - Dom, 09/01/2022 - 00:27
In a statement about Poitier, 94, who died on Thursday night in his LA home, his children said they were 'so grateful he was able to spend his last day surrounded by his family and friends.'
Categorie: Regno Unito

A BOY of nine given a magnet fisher for Christmas nearly had an explosive start when he brought home an undetonated World War One bomb.

William Hartley was testing out his gift with his grandad Nick at a canal near his home when he pulled out a foot-long metal tube. 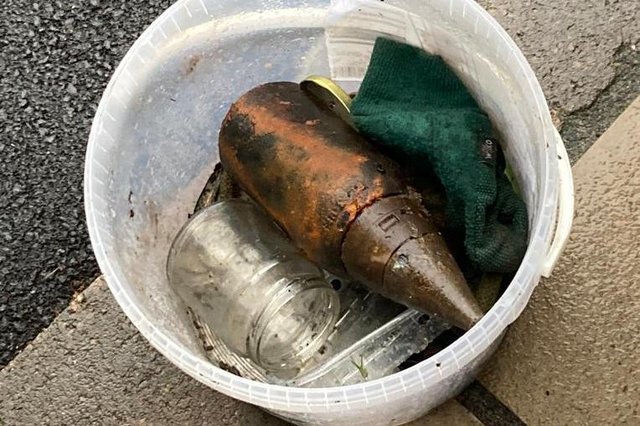 As they looked closer they realised it was a World War One artillery shell — so excited William decided to carry it home to show his dad.

But a worried neighbour suggested it could be live so the family contacted the police who called the bomb squad.

Dad Andrew said: “The magnet fisher was the first thing he wanted for Christmas, and he was desperate to go out to use it.

“They had gone to the canal and he was sending me back pictures of some of the things he had caught.

“Then he suddenly rang me and said he was bringing something home but couldn’t bring it in the house.

“We waited outside and could see him with this bomb and I just wondered if he should be bringing it home! It was a real shock.”

Andrew put the bomb in the garage of his house in Lancaster before the Royal Logistics Corps Army Bomb Disposal Team from Chester was called in.

He added: “They came and had a look at it and asked us to clear away from the area.”

The bomb squad said the top part was a timer that had not detonated so they took it away to destroy it themselves.

Andrew said William could not wait to return to primary school after the holiday to tell everyone about his discovery.

“This was a Christmas he will never forget,” he said. 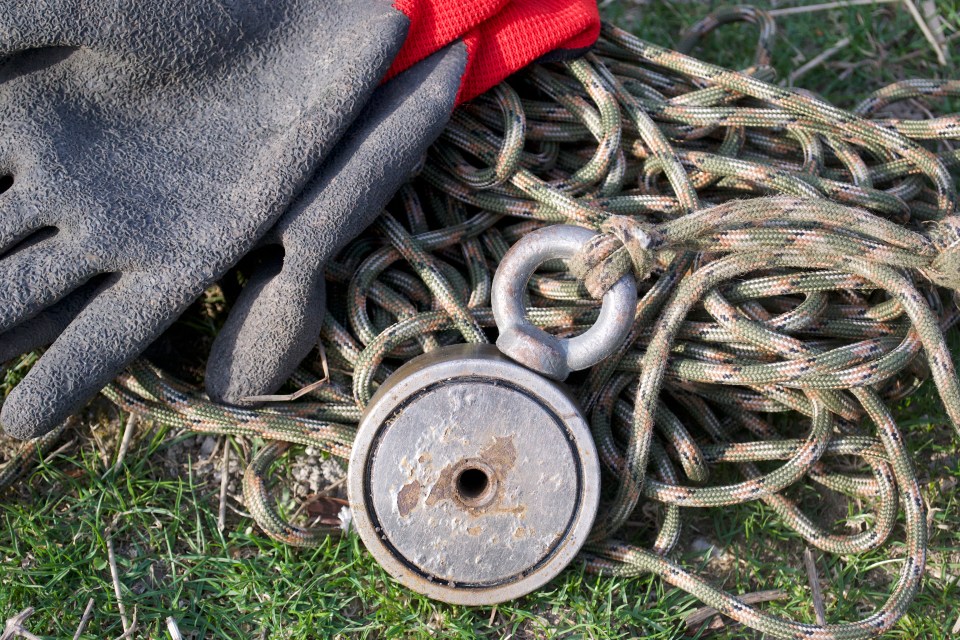 ShutterstockWilliam used a strong fishing magnet and rope to haul the bomb out of the canal[/caption]
Categorie: Regno Unito

Daily Mail - Dom, 09/01/2022 - 00:24
An investigation by the MoS has revealed those spreading misinformation on social media include a former Miss Great Britain, a reality TV star, a lawyer and a former GP.
Categorie: Regno Unito