Bangladesh Sun - Sab, 21/05/2022 - 7:18pm
Kolkata (West Bengal) [India], May 21 (ANI): Liston Colaco scored a hat-trick as ATK Mohun Bagan defied awful conditions to keep their AFC Cup 2022 knockout stage hopes alive with a commanding 4-0 win over Bashundhara Kings of Bangladesh on Saturday. In a match delayed for nearly an hour due to a heavy storm, the weather did nothing to impede Colaco, who scored twice before half-time, then added a third after the interval
Categorie: Bangladesh

Bangladesh Sun - Sab, 21/05/2022 - 7:18pm
New Delhi [India] May 21 (ANI): The National Investigation Agency (NIA) on Saturday conducted searches at two locations in Assam in connection with Ansarullah Bangla Team (ABT) case. The anti-terror agency conducted these searches in the Barpeta district of Assam based on some specific input. The NIA claimed to have seized Jihadi literature used for imparting training and other incriminating documents during the searches
Categorie: Bangladesh

Bangladesh Sun - Sab, 21/05/2022 - 4:55pm
North 24 Parganas (West Bengal) [India], May 21 (ANI): The Border Security Force (BSF) on Saturday apprehended seven Bangladeshi nationals on the Indo-Bangladesh border for illegally entering India. The BSF handed over the Bangladeshi nationals to the Border Guard Bangladesh (BGB) as a gesture of humanity and goodwill, according to an official statement. During the investigation, it has been revealed that the accused were
Categorie: Bangladesh

Bangladesh Sun - Sab, 21/05/2022 - 3:18pm
Dhaka [Bangladesh], May 21 (ANI): Bangladesh wicket-keeper batter Mushfiqur Rahim is all set to miss the West Indies tour starting in June due to the Hajj pilgrimage. Bangladesh are likely to travel to the West Indies on June 5 and will be playing 2 Tests, 3 T20Is and as many ODIs against the host. As per ESPNCricinfo, Bangladesh Cricket Board has granted leave to the veteran batter so that he can perform Hajj. "He inform
Categorie: Bangladesh

BRUSSELS, 21st May, 2022 (WAM) -- The European Commission is releasing an extra 22 million in humanitarian aid to ensure life-saving support for hundreds of thousands of Rohingya refugees and host communities in Bangladesh, as well as Rohingya and other conflict-affected people in Myanmar. The funding will addre

DHAKA, Bangladesh - Abdul Gaffar Chowdhury, a veteran journalist, and columnist, has died. He was 87 years old.

According to his family members, he died of a cardiac arrest at a London hospital Thursday morning.

He was the editor-in-chief of the weekly Joybangla, the Mujibnagar government's mouthpiece, in 1971. Despite having lived in London since 1974, he was a staunch supporter of the Liberation War, Ba

Huawei to continue support for digitalization in Asia-Pacific 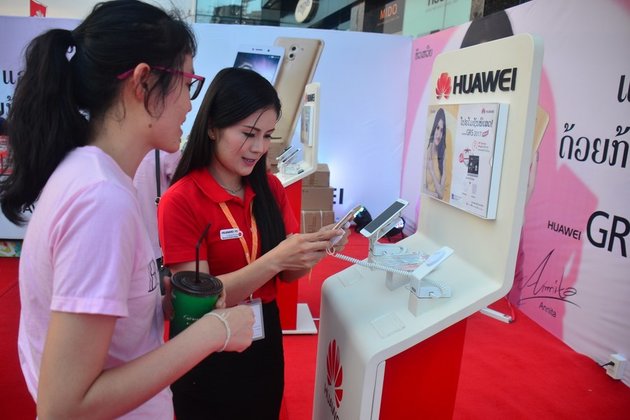 In 2022, Huawei will increase its support for a Green and Digital Asia-Pacific region by promoting digital infrastructure, low-carbon development, and digital inclusion.

Bangladesh Sun - Ven, 20/05/2022 - 8:03pm
Kolkata (West Bengal) [India], May 20 (ANI): ATK Mohun Bagan would be aiming to repair their derailed campaign when they take on Bangladesh's Bashundhara Kings in their AFC Cup 2022 group stage match at the Salt Lake Stadium, on Saturday. The Mariners were handed a shocking 2-4 defeat by fellow Indian club Gokulam Kerala FC in the campaign opener, as their chances of qualifying for the next round is now hanging by a threa
Categorie: Bangladesh

Bangladesh Sun - Ven, 20/05/2022 - 6:37pm
Dhaka [Bangladesh], May 20 (ANI): Bangladesh off-spinner Nayeem Hasan has been ruled out of the second Test against Sri Lanka after sustaining an injury to his hand. As per ESPNCricinfo, the off-spinner Nayeem was seen with the injured finger in wraps, on the flight from Chattogram, where the first Test was played, to Dhaka on Friday. The first Test against Sri Lanka ended in a Draw. "Nayeem has sustained a fracture in hi
Categorie: Bangladesh

Huawei to continue support for digitalization in Asia-Pacific region

"The Asia-Pacific region is one of the most culturally and economically vibrant regions in the world. It has long played an important role

Bangladesh Sun - Ven, 20/05/2022 - 5:55pm
New Delhi [India], May 20 (ANI): Mithila Palkar and Jaaved Jaaferi will be seen sharing screen space with Bangladesh's Siam Ahmed in 'In the Ring'. Set in the female Muslim boxing community of Khidderpore, Kolkata, India, the film is a psychological thriller about Shama, a 17-year-old boxer who exchanges places with her double to fight in the national championship when she is framed in her aunt's murder, Variety reported.
Categorie: Bangladesh

Bangladesh Sun - Ven, 20/05/2022 - 2:55pm
New Delhi [India], May 20 (ANI): The stage is set for the Men's Asia Cup to kick off in Jakarta, Indonesia which will see the participation of top Asian countries. The prestigious tournament, set to begin on May 23, is a World Cup qualifier. India, Japan, Pakistan and hosts Indonesia are placed in pool A while Malaysia, Korea, Oman and Bangladesh are grouped in pool B. Speaking ahead of the start of the Men's Asia Cup, th
Categorie: Bangladesh

Bangladesh Sun - Ven, 20/05/2022 - 12:18pm
Bengaluru (Karnataka)[India], May 20 (ANI): Olympic Bronze medalist Birendra Lakra-led Indian Men's Hockey Team left for Jakarta, Indonesia where they will defend the Men's Asia Cup title starting from May 23. The Indian team is up against Japan, Pakistan and hosts Indonesia in Pool A while Malaysia, Korea, Oman and Bangladesh are grouped in Pool B. India will kick off their campaign on an opening day against Pakistan. Sp
Categorie: Bangladesh

The United Nations Children's Fund (UNICEF) in a program in Dhaka Thursday made the announcement, saying Mim joins prominent personalities around the world who use their voice and prominence to advocate for the rights of children. (Bangla 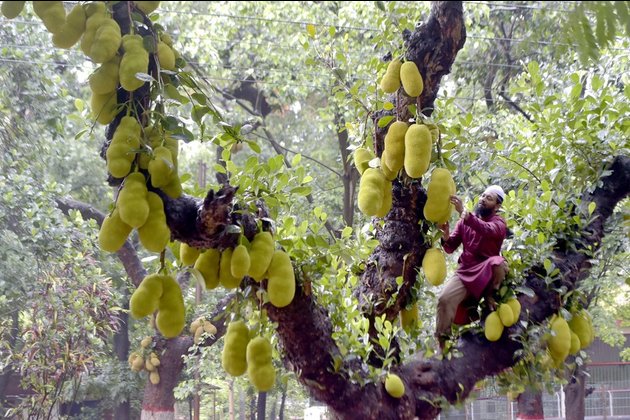 DHAKA, May 20 (Xinhua) -- Jackfruit season is now in full swing in Bangladesh when capital Dhaka is full of this delicious tropical crop. 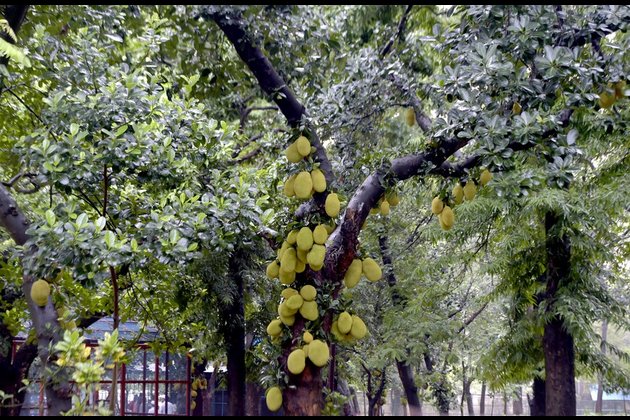 Bangladesh Sun - Gio, 19/05/2022 - 8:55pm
By Payal MehtaCannes [France], May 19 (ANI): The third day of Cannes Film Festival 2022 turned out to be extra special for Indian and Bangladeshi audiences as the trailer of veteran filmmaker Shyam Benegal's film 'Mujib-The Making Of A Nation' was unveiled at the gala. The 90-second trailer, which revolves around the founder of Bangladesh, Sheikh Mujibur Rahman, was launched at the Indian pavillion in the presence of Indi
Categorie: Bangladesh

Bangladesh Sun - Gio, 19/05/2022 - 5:37pm
By Vipul KashyapNew Delhi [India], May 19 (ANI): Former Indian team selector Sarandeep Singh said on Friday that he does not think that star batter Virat Kohli will take any rest during the bilateral series against South Africa. This comes amid reports that Team India skipper Rohit Sharma, batters Virat Kohli and KL Rahul, wicketkeeper Rishabh Pant, and pacer Jasprit Bumrah are likely to be rested for the upcoming T20I se
Categorie: Bangladesh

Bangladesh Sun - Gio, 19/05/2022 - 11:18am
Dhaka [Bangladesh], May 19 (ANI): Bangladesh pacer Shoriful Islam has been ruled out of the remainder of the Test series against Sri Lanka after sustaining an injury on his right hand during the fourth day of the match at Chattogram. An X-ray revealed a fracture, ruling out the pacer four to five weeks, also likely ruling him out from West Indies test as well, starting from June 16. The selectors have not named a replacem
Categorie: Bangladesh