The data from the black box of the fallen MiG-29 has not been downloaded yet, because the ribbon cable is broken, which can cause data loss if an attempt is made to download information.

This was announced on BNT by the Defense Minister Georgi Panayotov. The box was found and pulled out of the Black Sea on Wednesday. The Minister explained that he hopes that the reading of the data will take place within days, and in the meantime Bulgaria will turn for help to the manufacturer, which is currently in Ukraine.

It was not clear whether the box would be sent there or if a new cable is expected.

He added that from all of the MiG-29 planes in service in Bulgaria, only the black box of this one was manufactured by a company that is on the territory of today's Ukraine.

Panayotov added that there are parts of the motherboard on the box that have been depressurized and it is possible that damage has been caused. "But with the help of the manufacturer, we hope to restore everything," he added.

Crushed MiG-29 fighter jet that took off from Graf Ignatievo Air Base and participated in the Shabla 2021 international exercise crashed on the night of Wednesday, June 9, in the Black Sea while performing a task part of the exercise.

The pilot died. In response to questions, the minister explained that at the moment it is not known only what happened in the last 13 seconds of the flight of the crashed plane.

He pointed out that the target was launched from a safe height for such a flight - 7 thousand meters and it is not known why its fall accelerated in the end.

He assumed that the fast-falling target most likely forced the rapid descent of the plane, which led to the tragic end of the flight. The plane disappeared from radar at an altitude of 1200 m. 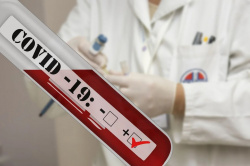 The newly confirmed cases of coronavirus in Bulgaria over the past 24 hours are 62 from 9,649 tests, the daily report on the National Information Portal shows on June 25.

24 were confirmed from PCR and 38 from rapid antigen tests.

The total lab-confirmed positive cases in the country since the start of the epidemic are 421,401.

During the past 24 hours: