Otago Daily Times - 3 ore 32 min fa
A member of an electoral commission walks past a destroyed building with a mobile ballot box and documents while visiting local residents on the third day of a referendum on the joining of the self-proclaimed Donetsk People's Republic (DPR) to Russia, in Mariupol. Photo: Reuters Russian-installed officials in occupied regions of Ukraine reported huge majorities in favour of becoming part of Russia after five days of voting in so-called referendums that Kyiv and the West denounced as a sham.
Categorie: Nuova Zelanda

Drugs, money and underlying appendixes on the street

It will only get worse from here. The realisation that our country is the proverbial ‘Omoye’ strutting naked into the marketplace would soon become a national blockbuster. This is why I want us to consider this not as a prophecy of doom but as a projection of a predictable tell-tale of what happens when a

More than 85% of people who braced the lines of existential social and political hazards to vote for the President, Major General Muhammadu Buhari (retd.) in 2015, which included a woman who ran out of a labour room after delivery to vote before embracing her bundle of joy, were mostly rural peasant, farmers and urban

Following the clampdown on motorists who drive against traffic in Lagos State, some drivers have accused the police and some government workers of taking advantage of the situation to extort money from them. The Lagos State Government recently auctioned 134 vehicles confiscated for driving against traffic. The exercise was greeted with mixed reactions, as some

PSN to clamp down on Rivers illegal stores

The Pharmaceutical Society of Nigeria has raised the alarm over the growing number of illegal drug stores and the emergence of drug markets in Rivers State. The State Chairman of the PSN, Anele Promise, said this during a press briefing in Port Harcourt as part of activities marking the 2022 World Pharmaceutics Day. Promise, however,

The National Association of Patent and Proprietary Medicine Dealers Association, Anambra State chapter, has called for collaboration with critical regulatory agencies to tackle quackery and enhance efficiency in the medical sector. The group also appealed to members of the public to stop patronising unregistered drug outlets looking for cheap drugs to buy. They added that

A primary healthcare service provider in Kano, EHA Clinics, Kano, has been awarded the International Organisation for Standardisation certification by the South African National Accreditation System (medical laboratory testing haematology). The Chief Executive Officer, EHA Clinics, Adam Thompson, in a statement on Tuesday, said by attaining the extensive criteria of the standard designed to improve

The University of Medical Sciences Ondo State has advised medical practitioners to focus on drug discovery and production. Speaking at a contract signing between a construction company, Olu Akinkugbe Pharmacy Education Trust, and the university, Vice-Chancellor, UNIMED, Prof. Adesegun Fatusi, noted that given the numerous challenges bedeviling the Nigerian health sector, there was the need 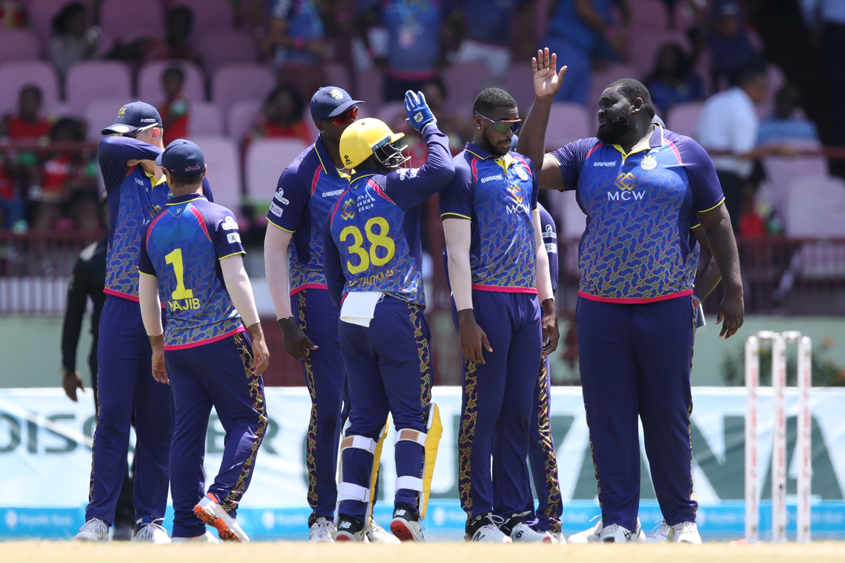 Royals opener Rahkeem Cornwall starred in the innings, launching 11 sixes in his innings of 91, while Azam Khan supported with 52 as the franchise went on to score the joint-highest total of this season, an imposing 195 for five, after being sent in to bat.

The Warriors’ hopes of a successful chase were derailed in the powerplay as they lost four wickets, Kyle Mayers and Ramon Simmonds, who finished with three for 17, proving effective with the ball. Despite the attempts of Shimron Hetmyer (37), it was not to be enough as the Warriors fell to 108 all out.

Royals initially got off to a cautious start, but Cornwall would go on to play one of the most destructive innings seen this season, 91 runs from just 54 balls, to put the Royals into the ascendancy. After losing his wicket just nine runs short of a century to the bowling of Shakib Al Hasan, the responsibility of the innings fell on Khan, whose vital half-century helped his side to 195 for five by the end of the innings.

Amazon Warriors lost early wickets in their chase. In-form batter Rahmanullah Gurbaz departing in the first over, before a flurry of wickets fell that left them on 36-4 by the end of the powerplay.

Simmonds excelled with his bowling, taking three key wickets, including that of captain Hetmyer, who was the Warriors highest scorer in the innings. In the end, the Warriors finished on 108 all out and will play in tomorrow night’s qualifier.